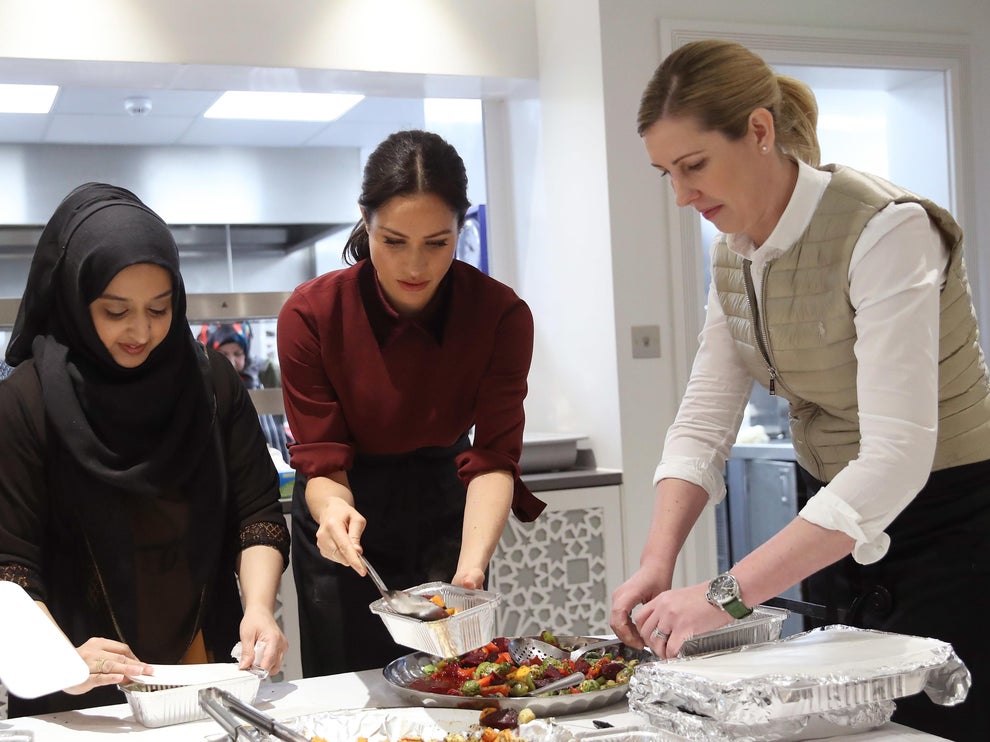 Following on our from story last week, the Newsletter spoke to our own Ms McIlveen to find out a little more about renowned chef Clare Smyth's time here at Dunluce:

"From humble beginnings in the village of Bushmills, Clare Smyth, 42, travelled the world learning her trade, eventually setting new standards at her Core fine dining establishment in Notting Hill.

Along the way, the former Dunluce High School pupil has cooked for, and befriended, the rich and famous, including a booking for the most prestigious gig of 2018 – Harry and Meghan’s evening wedding reception at Frogmore House.

Back home in Bushmills, she is fondly remembered as a conscientious pupil with a flair for creativity, cooking and leadership.

Senior teacher Liz McIlveen recalls an articulate pupil with excellent creative writing skills in English class, but who made an even greater impression in the school kitchen.

“I think it goes without saying that Dunluce School is extremely proud of her. She is an inspiration,” Ms McIlveen said.

“We still keep an eye on her and as soon as we realised she had got the third Michelin star I had it on the school website straight away, because that is an inspiration to our current pupils.

“We are just a small school in a small village up on the north coast, but Clare has shown them that someone from our school can be a world-class chef... and when I watch her on television it’s obvious she hasn’t changed a bit.”

Ms McIlveen still keeps in touch with Clare’s home economics teacher who has since retired, Moira Johnson, and gave her a ring this week to discuss the former pupil’s latest accolade.

“Moira said that, even from an early age, she knew Clare was something special. Even in the junior school she remembers Clare as a team leader.

“In home economics if they were put into groups to create something, there was an understanding that Clare’s group got to us the oven last. That was because Clare had them so well organised that her group would always be finished first anyway. That’s the sort of person she was.

“That ability to organise and to lead a team was always there and, whatever was going on around her in the home economics class, Clare’s team’s efforts always turned out fine.

“She had outstanding ability and a lovely personality as well.”